Recently, I noticed some rot in one of my windows at home, so I asked my handyman Marcus to make the necessary repairs.

The plan was to remove the rot and fill in the gaps. But for the filler to stay in place, it has to bond with dry wood. Otherwise, it falls out of the window frame in clumps.

Until there was barely any window left!

Marcus is a handyman now, but he used to work as a full-time carpenter/joiner restoring old windows.

So when he said, “this is the worst rot I’ve ever seen”, I knew it was going to be expensive.

Rather than trying to fill the holes, we decided to re-build the bottom half of the window with new timber.

It would cost more upfront but would last much longer.

Here’s why I bring this up….

After a week had passed and Marcus was nearly finished, the new window was starting to take shape.

And on the last day of work, I noticed three of my neighbors approach Marcus and ask if he’d do some work for them.

I found this fascinating, for two reasons:

#1: Marcus landed three new leads for his services without any marketing costs… and… whilst getting paid!

#2: Marcus had been working on my window for a week and not one person had asked him about doing any work…and then, on day 5… he had three new leads—just like that!

I think Marcus just put this down to chance and went on with his day.

First, it’s an example of a dramatic demonstration.

What Marcus did with my window was very, very impressive. To him, it’s all in a day’s work. But to me, and to other onlookers, he managed to take a window with “the worst rot he’d ever seen” and make it look and function as new. To your average Joe, that takes a remarkable level of skill.

Now, it’s very likely that the people who made an enquiry with Marcus had seen his work more than once over the period of a week. So they’d seen Marcus completely transform my window.

The point? A dramatic demonstration like this takes away all doubt in a prospect’s mind about your ability to achieve the end result. In this case, if Marcus could restore my rotten old window, the logic goes, he could do anything else around the house.

Second, it’s interesting that none of the three men even spoke to Marcus at the beginning or middle of the week.

Perhaps we can put that down to the fact that he hadn’t finished the window. After all, you wouldn’t buy a weight loss product with just the “before” picture, would you? No, you’d want to see the “after” picture!

But there’s more to the story…

You see, even if Marcus had transformed the window from rotten to new in a single day—which, by all means, would have been even more impressive—I bet you my lunch money that he wouldn’t have received any enquiries.

Why? Because of the simple but often overlooked power of follow-up.

You see, it’s very likely that the three chaps had seen Marcus hard at work on multiple occasions.

So, Marcus had passively “followed-up” with them. They had multiple “touchpoints” with him over a period of time… and, eventually… were compelled to contact him.

So here’s the pertinent question:

… how effective do you think they are when adopted with purpose?

Most business owners don’t give this any thought whatsoever.

So just doing something to follow up and demonstrate your product or service is a good start.

But for some proven strategies that will help you shortcut the learning process… and save you time, energy and money…

And I’ll send you a complimentary PDF copy of my paperback book, which sells on Amazon for $14.97. 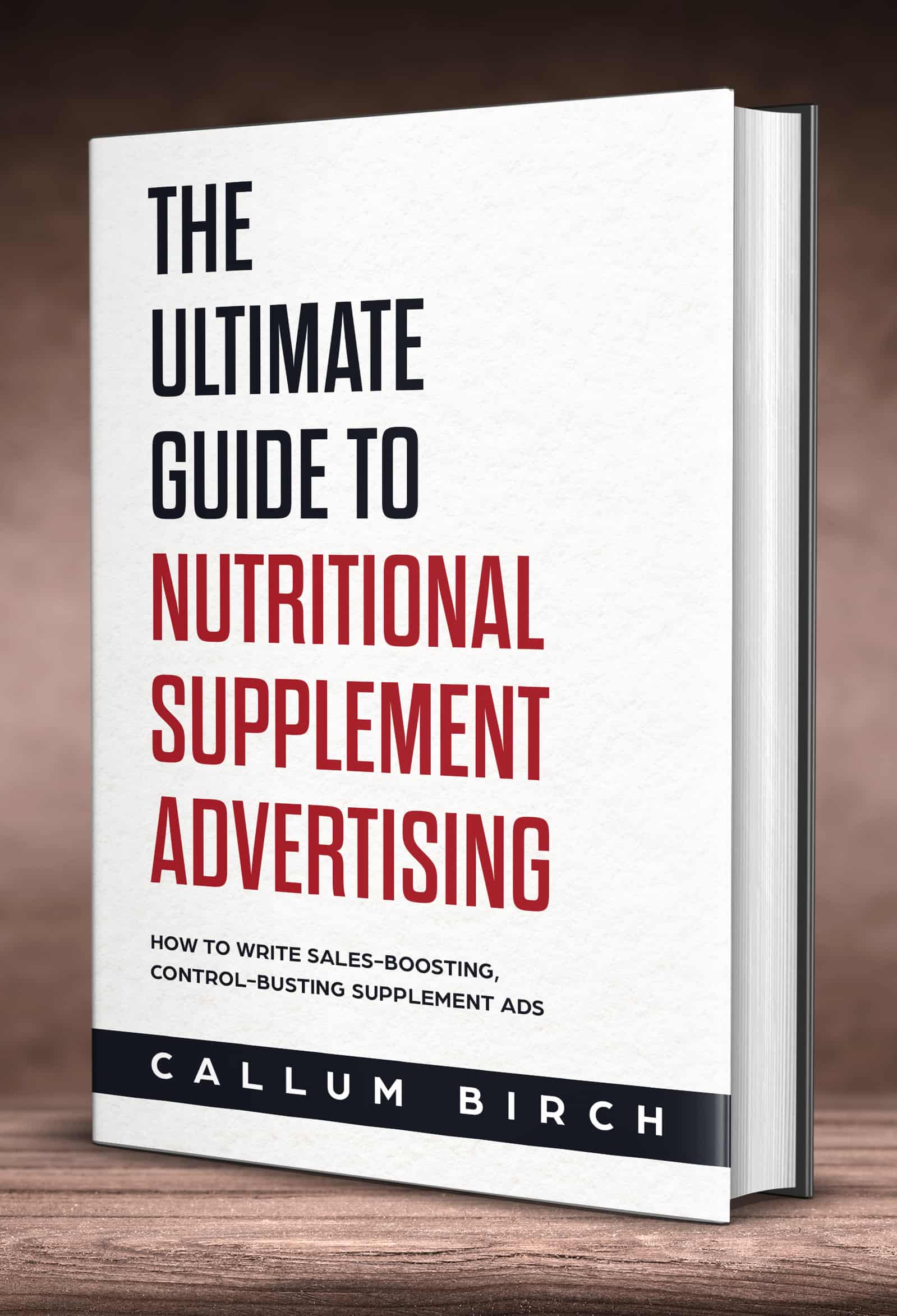 To Claim Your Free Book

Enter Your Primary Email Address Below:

Go to the website and read supplement marketing and advertising tips. 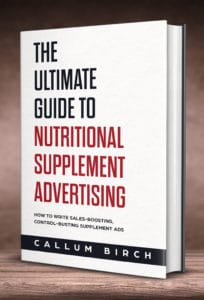 Use the form below to open his free daily email tips and a digital copy of The Ultimate Guide To Nutritional Supplement Advertising, which sells for $14.97 on Amazon...